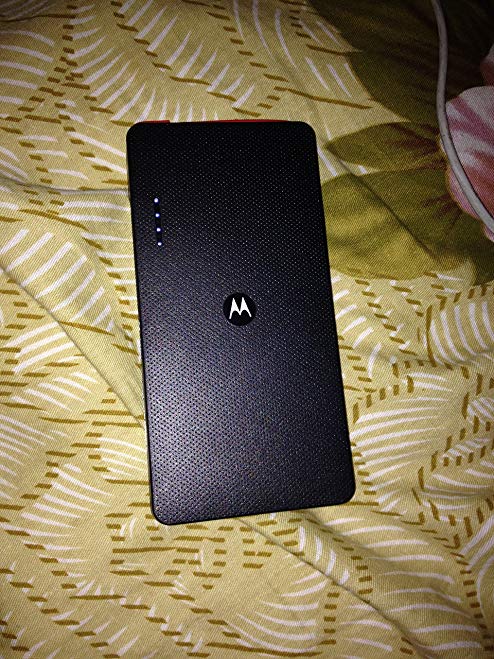 Free yourself from outlets with the Motorola P4000 Universal Portable Power Pack. Recharges a variety of batteries, including smartphones, MP3 players, tablets, Bluetooth headsets, and cameras. Built with two types of USB ports, it is designed to accommodate most devices and charge them up quickly.

One Battery, Unlimited Devices
The P400 Portable Power Pack provides a built-in micro-USB cable as well as a standard USB charge port, so you’re covered whether you own an Android, Apple, and most other models. Because it contains two USB ports, you can charge two devices at the same time and continue to use them while they’re charging. Devices covered include mobile phones, personal media players, Bluetooth headsets, cameras, and any other device compatible with a standard USB input.

Power Up and Power On
An alternative to carrying bulky wall chargers, the P4000 is small and lightweight. Its 4.2-ounce, 5.1-inch frame fits in your pocket and can provide up to two full phone charges anywhere you go. When you need to charge the P4000 up again, its pass-through design lets you charge both the P4000 and your devices at the same time, so you’ll never be without power.
If you’re in a hurry, plug your device into the Motorola P4000 to have it up-and-running quickly. Smartphones can be charged in as little as fifteen minutes, giving them up to 2.5 hours of talk time.

A Smarter Way to Charge
The P4000 will charge when you need it to, then automatically turn off when your device is at full power. You can also set fuel-gauging sleep settings to maximize and conserve energy capacity. The Motorola P4000 contains no BFRs or PVC and is certified carbon-free.